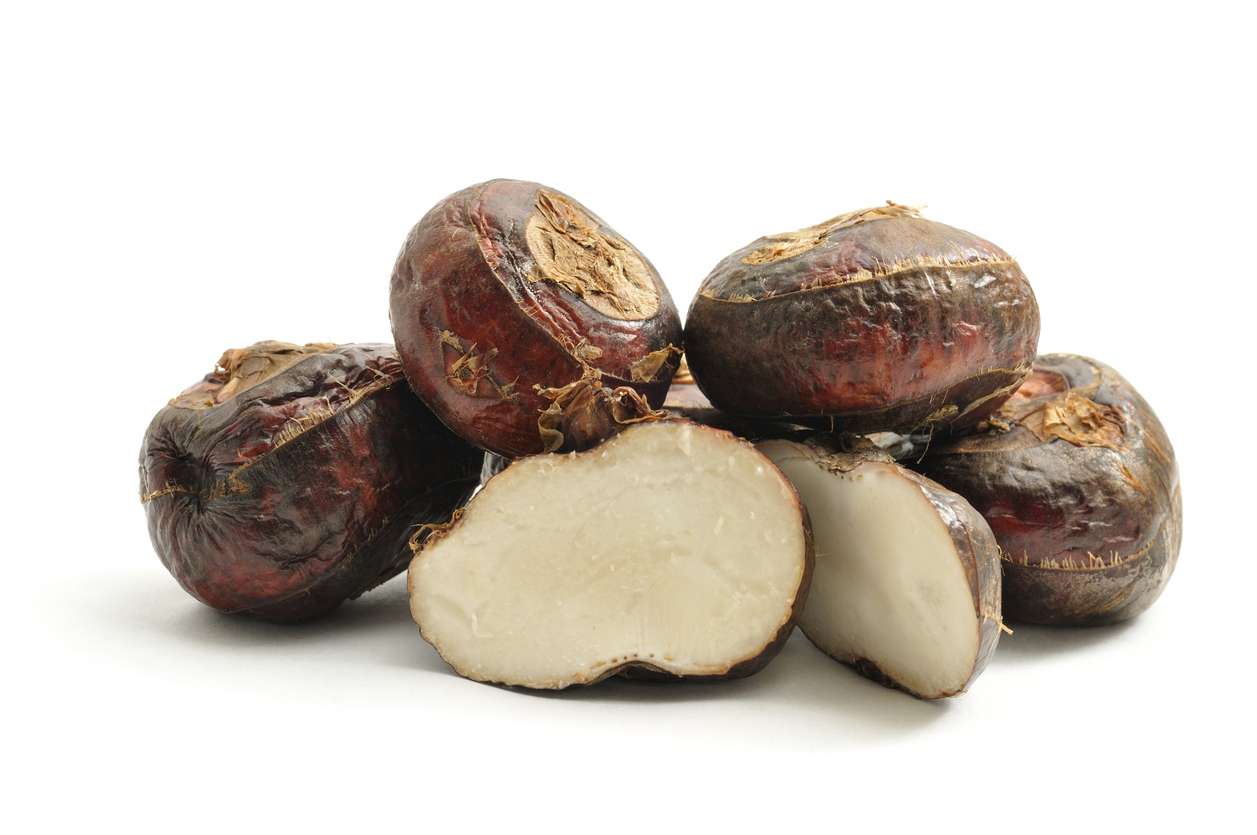 Due to a rainy and cool spring, planting for 2022 season corn started late. As a result, some processors experience bunching at the tall end of pack which caused some off grades. Less acres were planted due to the risk of freeze, which in the end did not happen. Weather was warm through the entire pack and this resulted in good corn quality and yields. However, the sweet corn market is still tight due to limited acres being planted and bunching at the end of the season. Processors are particularly short on cob corn. Demand remains high.

Quality has been good for sliced carrots although yields are down due to size. Diced carrot production now completed.

Green Bean acres in Oregon and Washington were down due to competing crops. The bean season began 3 weeks late due to heavy spring rains which delayed plantings.

The U.S. and Canada exported less French fries and other processed potatoes in third quarter, however product demand remains strong. Processors in Canada planned to produce more product due to expanded capacity there, however raw material is short. Fryers in the Pacific Northwest have been purchasing potatoes from Maine to try to keep up with production. Prices for open market potatoes this early in the storage season have been very strong.

Most growers planted potatoes earlier this year due to low inventory from 2021 season. Warm weather over July, August and September while the potatoes were bulking has affected yields in the Colombia Basin. Size profiles are small, however quality reports are better than last season. Reports indicate that yields could be off by as much as 20% in certain areas, while the average yield loss is between 8% to 12%.

Grower contracts have already been completed in the Colombia Basin for the 2023 season, with increases again noted.

In Idaho yields on early variety potatoes have been down, however later crop potatoes are expected to turn out much better. Heat in Western Idaho has caused reduced yields, while the crop looks better in Eastern Idaho. Most growers are leaving potatoes in the field longer to help them size up, however most growers have now finished digging as they brace for much cooler weather and rain.

Prices continue to rise on potato products as demand is still high in the U.S and expected to continue to rise at 5% annually. Supplies will be limited, and there is uncertainty on how the recent heat and further weather may affect the crop. Prices remain strong and continue to rise. We anticipate more increases on French fry products moving forward.

While growers and processors struggle in Washington, Oregon and Idaho, the state of Maine has had good growing conditions this season with adequate moisture and favorable weather. Potato quality and yields have been excellent.

Onion yields were down 20% – 40% in Oregon and Idaho in 2021 season due to severe heat. While the quality was average the onions did not size up due to the heat, causing reduction in yields. 2022 season has fared much better for onions and yields, and quality are reported as good, however most suppliers are already sold out.

The Northwest area had a good strawberry season. Weather was favorable and the pack was up about 20% from last year.

Harvesting conditions for blueberries in the Pacific Northwest were challenging this season. Picking began later than usual due to a long cool spring which delayed growing. Estimates are for a 5% to 10% decrease in volume compared to last season.

A colder and wetter spring caused damage to the Northwest Rhubarb crop. Rhubarb did not size up and reports indicate a 60% drop in the harvest compared to last season.

Maine harvested fewer wild blueberries due to high temperatures and lack of rain. Final crop figures are expected to be less than last season while quality is very good.

Wet field conditions, rain and cooler weather slowed down planting progress for peas and sweet corn. In general, the sweet corn crop went well in the Midwest, with nice yield and quality. The crop finished on budget.

The rainy season is now over and volumes of broccoli and cauliflower coming into the factories are good. Overall, Mexico expects an abundant pack during the next three months if weather conditions cooperate. Quality and yields are favorable on both conventional and organic products and some suppliers are now taking on new clients.

Reported by HIS Markit, Mexico now surpasses Chile as the largest supplier of raspberries into the U.S. market. According to date from the International Raspberry Organization (IRO) , Mexico is one of the largest producers of raspberries worldwide, with it’s largest growing area in Jalisco. Most of raspberry production in Mexico goes to the fresh market with about 10% and growing for frozen production.

Raw material pineapple volume have improved and along with this so have prices.

A short supply of raw material sweet corn due to heavy rain and flooding as well as current higher grower prices will result in short supply and increased prices for frozen and canned sweet corn coming out of Thailand. Higher prices for fertilizer have also contributed to Thailand’s upward trend on prices.

Winter harvesting of pineapple in now ongoing and due to low supply of raw material in the past few weeks, we have seen prices rise.

Peru’s blueberry varieties have enjoyed the cooler winter weather and the crop came on 2 to 3 weeks earlier than usual with volumes and quality very good.

Mango season has been underway with Edward variety. Kent variety is beginning and should run through March. Prices are reported close to last season’s level with an average to good crop expected.

Blueberry season commencing this month with a shorter season to end mid to end February. More blueberries are expected to go to the frozen processing market due to growers being careful to limit certain varieties for the fresh market due to logistic delays.

Frost conditions have resulted in a Kiwi crop that is expected to be about 10% less than normal.

This summer’scrippling heat wave across Europe has caused havoc in much of the crops across Europe leaving some countries facing their worst harvest in years. Lack of precipitation causes soil water content to reduce making it harder for plants to extract water from the soil leading to widespread stress on crops. This has been particularly true in Italy, France, Germany, Hungary, Portugal and Spain.

Devastating heat in Spain resulted in some vegetable processors there losing almost half of their pea harvest. There has also been difficulty securing farmers to plant and grow vegetables such as peas and corn due to more profitable and less water intensive crops such as wheat. Spain’s sweet corn pricing has risen almost 45% this season. Most European suppliers are off market with no new buyers being accepted currently.

Regarding grain harvest, France has been severely hit with 20% of its harvest lost. Italy is expecting to lose 13% of its wheat and Britain 12%. In general, across Europe wheat production will be down about 10%.

The Potato crop in Europe is expected to be down by about 6% due to severe heat and drought. Potatoes did not size up and there were quality issues as well. This resulted in reduced yields. Raw product supply for European French fry plants will be tight again this year.

Growing areas were inconsistent with some areas doing okay while others were very short. Across countries and areas, sporadic temperatures and uneven rainfall caused different growing results. Another key factor was whether irrigation was used or not. Higher production costs for growers will surely impact the number of potato acres being planned for the 2023 season.

Potato prices in Europe are significantly on the rise and most suppliers have reduced their footprint and not taking on new clients.

Europe’s vegetable farmers are warning of shortages as the energy crisis there continues. Across northern and western Europe vegetable growers and processors are debating stopping their productions due to the extreme cost of energy. Winter crops grown in greenhouses, such as tomatoes and peppers, and crops placed in cold storage such as onions and apples are in particular jeopardy due to severe power and gas prices. Farmers are warning of shortages. Higher energy costs along with higher fertilizer costs are prohibiting many from continuing to grow or process. However more recent news is that due to Europe’s emergency purchasing /stockpiling of energy as long as the weather remains warmer the situation may not be as dire as expected.

Prices in China have come down drastically due to country unrest, covid lockdowns, and lack of domestic demand. Currently we are seeing more than a .20/lb. reduction in water chestnut prices. The season for water chestnuts will start this month.

Calbee Japan has announced a new potato chip flavor! The inspiration for this new flavor comes from Family Mart’s cooked-in- store brand fried chicken (Famichiki) teaming it with potato chips. The new chips are said to have an authentic Famichiki taste right down to the spicy aftertaste. They are betting that you can’t just eat one!